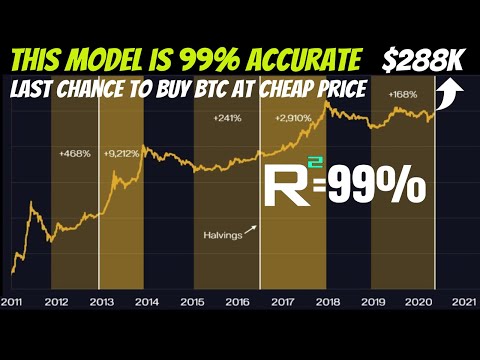 '''
1xCasascius 5 BTC Physical Bitcoin Coin Wallet, 2012 Issue -No actual BTC value loaded, has been previously redeemed. Hologram has beenremoved. Can be reloaded with BTC and is a great way to keep your digital investment physically safe. ~1.125in (28 mm) in diameter, weight 0.24oz (6.8g), about the size of a US quarter This is the 'true' Bitnickel featuring a silver (or nickel) tone hologram. The only nickel Casascius, and has a rare issue with green color firstbits. Manufacturer: Casascius Year: 2012 Version: 1 Denomination: 5btc ‘Error Bitnickel’ Load Year Total Created Unopened 2011 2012 651 570 2013 26 26 2014 Total 677 586 Material: Nickel over Brass Diameter: 28.5mm Thickness: 1.7mm Weight: 7.4g Country: USA Best Grade: MS-66 Released in January 2012 with the v1 hologram, they were priced at 6btc each. “Future version of the coin will have a matching silver series-2 sticker, but they’re at least a month out” -Mike Caldwell, January 14, 2012. They all seem to have signs of wear on the S,I,N,E,R, and I of the ‘Vires In Numeris’ motto, seemingly created in the minting process. Casascius later released an unknown number of 40 coin rolls without holograms as blanks, identifying them as ‘Roll Your Own’. Such a roll came with sheets of laser cut private key tabs and solid gold colored stickers allowing the buyer to create their own coins by using either the provided private keys or by inserting their own. This sale was likely done due to excess stock of Bitnickels.
'''
Casascius Physical Bitcoin 5btc Coin, Version 1, 2012 ‘Error Bitnickel
Go1dfish undelete link
unreddit undelete link
Author: Putin42

Help Numisalis Physical Bitcoin get off the ground

Hey everyone! I just started an Indiegogo campaign to get my company, Numisalis, off the ground. I want to make a physical bitcoin that addresses many of the issues I see in the physical bitcoin market.
Indiegogo campaign
Numisalis web site
The overarching issue I see is that physical bitcoin are not tradable. They are collector's items, they are non-durable, or they are both. Here is a list of problems and what I am doing to resolve them:
I have been involved with Bitcoin for over 2 1/2 years. I am a huge advocate and I think the protocol is pretty great as it is. But I also believe physical bitcoin is valuable and extremely healthy for the bitcoin ecosystem.
I have a friend who purchased a bitcoin from me. He asked if he could just take one of my Casascius coins. I told him it would cost him a lot more than he paid me. He is a programmer but does not want to manage his own digital assets and I really can't blame him. This project is a response to that situation. I want people like him to have a reasonable option for making physical transactions.
 Why am I doing an Indiegogo campaign for fiat? I thought about fundraising with bitcoin. I don't mind the "hassle" of converting bitcoin to fiat to pay suppliers who don't take bitcoin, but delayed payment does not work well with bitcoin. If the price drops and I can't pay for supplies and the project is sidelined that is not fair to my customers. If the price spikes I don't think it is fair to my customers if I profit off my luck at their expense. Bitcoin is great for instant payment. But not delayed payment. When the campaign is over and I will only take orders through my website I will only take payment in bitcoin.
Aren't you worried about what happened with Casascius and FinCen? FinCen deals with money laundering. I will not be charging your coins with bitcoin for you. I will be taking payment for a cold storage solution. I will provide a script for creating a proper transaction to charge the coins I sent, but you will be charging them with your own bitcoin.
Why do I need to raise money? Why not just take orders? There is a large up front cost when producing plastics. This campaign takes care of that and the costs of the first run of coins. Once that is complete everything will run as orders from my website.

Address - Bitcoin Wiki. A Bitcoin address, or simply address, is an identifier of 26-35 alphanumeric characters, beginning with the number 1 or 3, that represents a possible destination for a bitcoin payment.Addresses can be generated at no cost by any user of Bitcoin.For example, using Bitcoin Core , one can click "New Address" and be assigned an address.It is also possible to get a Bitcoin ... Inspired by the rarity of gold, Bitcoin was designed to have a fixed supply of 21 million coins, over half of which have already been produced. Several early adopters were wise or fortunate enough to earn, buy or mine vast quantities of Bitcoin before it held significant value. The most famous of these is Bitcoin’s creator, Satoshi Nakomoto. Bitcoin's price saw its share of ups and downs in 2013, but it passed a value of $1,000 for the first time and was becoming the most recognizable and successful wallet and exchange available. 2014 ... Bitcoin is the first blockchain-based cryptocurrency in the world. It is considered the most widespread and successful. Launched in 2009, the price of one bitcoin remained a few dollars for its ... Bitcoin was the first cryptocurrency to successfully record transactions on a secure, decentralized blockchain-based network. Launched in early 2009 by its pseudonymous creator Satoshi Nakamoto ...