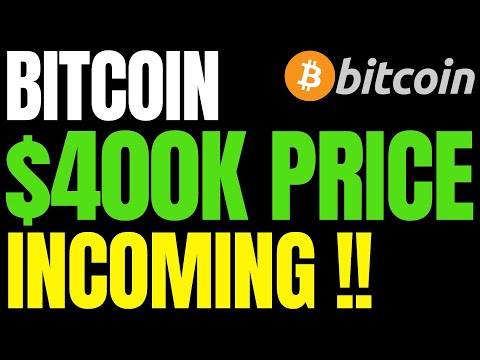 Blockstream's Bitcoin has 2 weaknesses / anti-features. But people get seduced by official-sounding names: "Lightning Network" and "SegWit". Bitcoin Cash has 2 strengths / features - but we never named them. Could we call our features something like "FlexBlocks" and "SafeSigs"? Looking for ideas!

UPDATE 1:
Here is a summary of some of the ideas that I (personally) liked:
https://np.reddit.com/btc/comments/6qrlyn/blockstreams_bitcoin_has_2_weaknesses/dl03rn5/


"Bitcoin Cash supports PowerBlocks up to 8MB. So users can enjoy faster confirmation times and lower fees - and miners can earn higher fees from greater volume - and we can all benefit from rising Bitcoin Cash values with increasing adoption and use!"

And several people have been pointing out that we also need a positive-sounding, customer-oriented name for a third important feature / benefit of Bitcoin Cash:
 UPDATE 2:
There's a new post up exploring these ideas further, and showing some examples of which could use this this new terminology to explain the features / benefits / advantages of Bitcoin Cash:


SecureSigs; PowerBlocks / FlexBlocks ...? Now that we've forked, we no longer have to focus on writing NEGATIVE posts imploring Core & Blockstream to stop adding INFERIOR "anti-features" to Bitcoin. Now we can finally focus on writing POSITIVE posts highlighting the SUPERIOR features of Bitcoin Cash


https://np.reddit.com/btc/comments/6r26zo/securesigs_powerblocks_flexblocks_now_that_weve/
 This is what we have so far - " PowerBlocks" and " SecureSigs":
I'm hoping some people could come up with some more suggestions.
I recently noticed that both of Blockstream's so-called "innovations" (Lightning Network and SegWit) involve trying to to push things off-chain:
Both of these are properly regarded as weaknesses or anti-features - since the most important structure in Bitcoin is the blockchain - and they're trying to push the transactions and the signatures off-chain!
To many unsuspecting users, the mere fact that Bitcoin proudly names these weaknesses / anti-features of theirs - using official, short, memorable, catchy names - makes it seem like transacting off-chain, or validating signatures off-chain, is somehow a good thing.
But, as we know, it's the opposite:
https://np.reddit.com/btc/search?q=lightning+not+bitcoin&restrict_sr=on
https://np.reddit.com/btc/search?q=segwit+dangers&restrict_sr=on&sort=relevance&t=all
Names are important
What are the "official names" for the two important on-chain features of Satoshi's orignal Bitcoin - now being called Bitcoin Cash (BCC, or BCH)?
Well... we never really thought about naming them - because these two important on-chain features / strengths have always part of Bitcoin since day one. So they were basically assumed or implicit, and unnamed.
Only now (when Blockstream has developed a heavily modified version of Bitcoin which aims to eliminate those two features / strengths) we're starting to notice how important these two things have been this whole time:
"Don't think of an elephant!"
Did you just think of an elephant? But I just told you not to!
This illustrates the power of "framing".
https://en.wikipedia.org/wiki/Framing_(social_sciences)
https://en.wikipedia.org/wiki/George_Lakoff
http://www.sagadahocdems.org/wp-content/uploads/2011/05/Dont-Think-of-an-Elephant.pdf


Framing 101
One of the first lessons that students receive in studies of framing is an inferential command: don’t think of an elephant. No student can stop their mind from summoning the bulkiness, the grayness, the trunkiness of an elephant. Student s discover that they can’t block frames from being accessed by their unconscious mind. The conclusion: when we negate a frame, we evoke the frame.
When Nixon addressed the country during Watergate and used the phrase, “I am not a crook,” he coupled his image with that of a crook and thereby established what he was denying. This example embodies another import ant principle of framing: when arguing against the other side, don’t use their language because it evokes their frame and not the frame you seek to establish.
Enveloping words in a perspective, a frame, provides a ready-made relationship between words, concepts and consequences that enables even those who don’t understand the idea to “explain” or convey that idea and its “implications” to other people. Framing is the means by which this transference of context takes place. Conservatives are so successful in framing their message that they have news anchors and commentators discussing the ideas using the conservative-supplied phrases and framing.
Progressives have not been able to combat these “framed messages” because they fail to understand that conservatives choose words explicitly designed to “frame” the debate. When a progressive argues against “tax relief,” he or she is reinforcing not just the frame, but the notion that taxes are a burden that people need relief from. It is a trap into which progressives have fallen too many times. Framing is the wa y words and phrases are used to evoke not just ideas, but a world view. It is not just language. The ideas are primary and the language carries t hose ideas, evokes those ideas.

"Bitcoin Cash doesn't support X" vs "Bitcoin Cash supports Y".
To some users, it might sound "disappointing" to hear that "Bitcoin Cash doesn't support SegWit".
Many of us already know that SegWit is bad for a variety of reasons - and we know that Bitcoin Cash will have better security because it does not support SegWit - but hey, SegWit (as bad as it is), at least is an official-sounding name, and some casual users might just automatically get turned off when they hear that "Bitcoin Cash doesn't support SegWit".
There's 2 reasons to avoid saying "doesn't support X":
So... what can we say that Bitcoin Cash does support?
I think after years of propaganda and lies and censorship from r\bitcoin and Blockstream and the Dragon's Den, (and their $76 million in funding - part of which is apparently being allocated towards what they consider to be public relations - since they're paying Alex Bergeron u/brg444 and Samson Mow)... we could be needlessly falling behind in "the battle for hearts and minds".
We can easily jump ahead in the communication battle - without any top-down organization or massive funding - simply by leveraging the fact that we are an uncensored, open community of people who are committed to helping Bitcoin grow.
Oh, and by the way, unlike their officially named anti-features which are actually major weaknesses, our as-yet-not-officially-named features are actually major strengths:
So... any other ideas for come up with some good names for these two great features / strengths of Satoshi's original Bitcoin and Bitcoin Cash would be welcome!

/r/btc was created to foster and support free and open Bitcoin discussion, Bitcoin news, and exclusive AMA (Ask Me Anything) interviews from top Bitcoin industry leaders! Bitcoin is the currency of the Internet. A distributed, worldwide, decentralized digital money. Speculations regarding organized trollings by Blockstream specifically have been made for quite some time, especially after Alex Bergeron, better known on reddit as brg444, who constantly argued in favor of Blockstream in a somewhat trolling manner, was actually hired by Blockstream. Bitcoin A theory on how Bitcoin will plot a course back to its all-time high is going viral on Twitter. The prediction, posted by a crypto trader who goes by the name B.Biddles, uses a popular stock trading indicator called a bump-and-run reversal (BARR), which highlights an accumulation phase followed by a bump to the downside and then a surge ... Nadav Ivgi, who made headlines earlier this year for vandalizing the Israeli Offices of bitcoin’s biggest miner, Bitmain, has announced he is now working for Blockstream. The unnoticed surprising announcement was made by Ivgi himself to the Israeli bitcoin community in a facebook post where he says, according to a rough translation: “I am pleased […] The most prominent example is Alex Bergeron (brg444) a previously marketing and social media manager who fiercely argued for small blocks before publicly revealing he was hired by Blockstream as a community manager.

OPM Wealth: http://opm.cryptonewsalerts.net American radio star, host of Infowars, and far-right conspiracy theorist, Alex Jones, met with pro Bitcoin champi... Rick Strom and Dave Shaw talk about the biting incident that took place in game 1 and if Alex Burrows should have been suspended. **SUPPORT TYTSPORTS THROUGH... Henry Big Boy carbine 357 Lehigh Xtreme Penetrator double doe kill - Duration: 4 minutes, 4 seconds. Alex Bergeron in the #14 NUAOBE 410 Sprint Car at Five Mile Point Speedway - Duration: 4 minutes, 25 seconds. In this talk, Andreas addresses the speculation about what will be the "next Bitcoin" or the "next Ethereum." Echoing previous talks like 'Invest in Educatio...