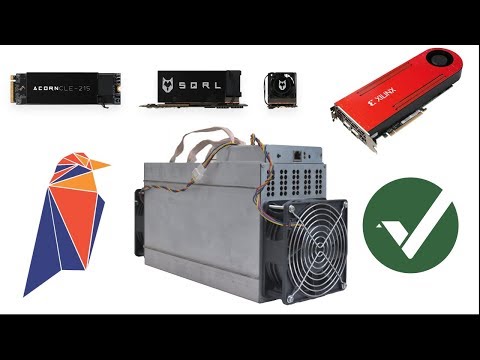 Hello, I’ve been trying to decide on a FPGA development board, and have only been able to find posts and Reddit threads from 4-5 years ago. So I wanted to start a new thread and ask about the best “mid-range” FGPA development board in 2018. (Price range $100-$300.)
I started with this Quora answer about FPGA boards, from 2013. The Altera DE1 sounded good. Then I looked through the Terasic DE boards.
Then I found this Reddit thread from 2014, asking about the DE1-SoC vs the Cyclone V GX Starter Kit: https://www.reddit.com/FPGA/comments/1xsk6w/cyclone_v_gx_starter_kit_vs_de1soc_board/‬ (I was also leaning towards the DE1-SoC.)
Anyway, I thought I better ask here, because there are probably some new things to be aware of in 2018.
I’m completely new to FPGAs and VHDL, but I have experience with electronics/microcontrollers/programming. My goal is to start with some basic soft-core processors. I want to get some C / Rust programs compiling and running on my own CPU designs. I also want to play around with different instruction sets, and maybe start experimenting with asynchronous circuits (e.g. clock-less CPUs)
Also I don’t know if this is possible, but I’d like to experiment with ternary computing, or work with analog signals instead of purely digital logic. EDIT: I just realized that you would call those FPAAs, i.e. “analog” instead of “gate”. Would be cool if there was a dev board that also had an FPAA, but no problem if not.
EDIT 2: I also realized why "analog signals on an FPGA" doesn't make any sense, because of how LUTs work. They emulate boolean logic with a lookup table, and the table can only store 0s and 1s. So there's no way to emulate a transistor in an intermediate state. I'll just have play around with some transistors on a breadboard.
UPDATE: I've put together a table with some of the best options:

icoBoard ($100). (Buy it here.)
The icoBoard plugs into a Raspberry Pi, so it's similar to having a SoC. The iCE40-HX8K chip comes with 7,680 LUTs (logic elements.) This means that after you learn the basics and create some simple circuits, you'll also have enough logic elements to run the VexRiscv soft-core CPU (the lightweight Murax SoC.)
The icoBoard also supports a huge range of pluggable pmod accessories:
You can pick whatever peripherals you're interested in, and buy some more in the future.
Every FPGA vendor keeps their bitstream format secret. (Here's a Hacker News discussion about it.) The iCE40-HX8K bitstream has been fully reverse engineered by Project IceStorm, and there is an open-source set of tools that can compile Verilog to iCE40 bitstream.
This means that you have the freedom to do some crazy experiments, like:
You don't really have the same freedom to explore these things with Xilinx or Altera FPGAs. (Especially asynchronous circuits.)

numato Mimas A7 ($149).
An excellent development board with a Xilinx Artix 7 FPGA, so you can play with a bigger / faster FPGA and run a full RISC-V soft-core with all the options enabled, and a much higher clock speed. (The iCE40 FPGAs are a bit slow and small.)


Note: I've changed my mind several times as I learned new things. Here's some of my previous thoughts.

What did I buy?

I ordered a iCE40-HX8K Breakout Board to try out the IceStorm open source tooling. (I would have ordered an icoBoard if I had found it earlier.) I also bought a numato Mimas A7 so that I could experiment with the Artix 7 FPGA and Xilinx software (Vivado Design Suite.)

What can I do with an FPGA? / How many LUTs do I need?

I would suggest that you'd be much better-off buying either a Xilinx development kit that comes with a license (eg. a lot of bitcoin miners seem to be using the VCU1525 now, and they've managed to drive the price down substantially) or a fast-ish WebPack device (eg. the XCZU7EG, which has about five times the resources of the XC7A100T). Bitcoins are uniquely generated by a process called Bitcoin mining where miners are rearward for computing power spent to support the network. In this work we discuss the process of Bitcoin mining and develop a new Bitcoin miner on an FPGA. 1. ... to calculate the right hash. with the Virtex-II PRO used in our tests we were able to fit 8 units ... The whole Bitcoin mining system using the two-level pipeline SHA256 Core on FPGA Virtex-7 VC707 reaches the frequency of 514.92 MHz, the hash rate of 514.92 MH/s, and the power consumption of 1.74 W. Table 4 is the comparison between our proposed mining system and the Configurable FPGA bitcoin miner, from highest performance to the smallest footprint. Easy to implement thanks to its interface AXI4 lite. Generic or vendor specific implementation. Current performance are 300Mhash/s per core on a Xilinx Virtex-7. paced by FPGA miners, which were in turn surpassed by ASIC miners. Nowadays, the majority of the computing power on the Bitcoin network is found in large ASIC farms, each operated by a single entity, which makes the decentralized nature of Bitcoin debatable. To solve this issue, new PoW algorithms have been proposed that aim to be ASIC ...

Will FPGA For Mining Take Over?