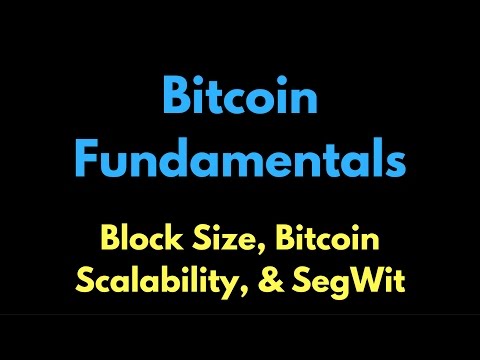 improving development model (Re: Concerns Regarding Threats by a Developer to Remove Commit Access from Other Developers | Dr Adam Back | Jun 19 2015

Dr Adam Back on Jun 19 2015:
Nicely put Eric. Relatedly my initial experience with Bitcoin in
trying to improve bitcoin in fungibility, privacy & decentralisation,
I found some interesting things, like Confidential Transactions (that
Greg Maxwell has now optimised via a new generalisation of the
hash-ring signature construct he invented and with Pieter made part of
the alpha side-chain release) and a few other things.
As I went then to discuss and learn: a) what are the characteristics
needed for inclusion (clearly things need to fit in with how things
work, not demand massive rewrites to accommodate and to not conflict
with existing important design considerations), so that I could make
proposals in a practically deployable way, and then b) the
practicality of getting a proposed change that say people found
clearly useful. Then I bumped into the realisation that this is
actually really high risk to change, and consensus critical coding
security is very complex and there are some billion $ resting on
getting this rigidly correct under live conditions, so that deployment
must be cautious and incremental and rigorously tested.
So then I focussed instead on question of whether we could improve
bitcoins development model: how could we allow bitcoin to more rapidly
and agilely test beta features or try novel things to see how they
would work (as someone might do in a feature branch of a normal FOSS
project, to code and test a proposal for later addition), but with
criteria we want real bticoins so there is economic incentive as that
is actually part of the bitcoin protocol so you've not validated
something unless you're run it in a real network with money. I was
hypothesising therefore we need a way to run bitcoin beta network.
There's a thread about this here stretching back to may 2013.
Or similarly to run in parallel kind of subnets with different
trade-offs or features that are not easy to merge or high risk to
apply all at once to bitcoin with the inflight billions in capital and
transactions on it.
Anyway I thought that was a productive line of thinking, and generally
people seemed to agree and problem statement of 2wp: then 1wp
mechanism was proposed and then Greg extracted a concept from his
SNARK witness idea (which encapsulates a snark variant of a 2wp) but
now without snarks, then 2wp a conservative crypto 2wp proposal was
made. This was dec 2013 I think on wizards channel. The sidechain
alpha release now makes this a (alpha quality and so testnet coin, and
without DMMS peg) reality. I could imagine others who have a desire
to try things could elect to do so and copy that patch-set and make
more side-chains.
This is inherently non-coercive because you largely do not directly
change bitcoin by doing this, people elect to use which ever chain
suits them best given their usecase. If the sidechain is really early
stage it should have test-net coins in it not bitcoins in it, but
still its caveat emptor kind of beta chain, with good testing but
non-trivial to soft-fork on bitcoin but managable refactor a sidechain
to integrate something novel or try some existing feature (like the
segregated witness which robustly addresses malleability for example)
So I dont want to say side-chains are some magical solution to
everything, but its a direction that others may like to consider for
how to test or even run alternative trade-offs bitcoin side-chains in
parallel. For example it could hypothetically allow 10MB blocks on
one chain and 100kB blocks on the main chain. People say complexity,
scary. Sure I am talking longer term, but we have to also make
concrete forward progress to the future or we'll be stuck here talking
about perilously large constant changes in 5 years time!
This approach also avoids the one-size fits all problem.
Extension-blocks are an in-chain sub-net type of thing that has a
security boost by being soft-fork enforced (relative to side-chains
which are looser coupled and so more flexible relative to the simplest
form of extension-blocks)
Adam
On 19 June 2015 at 07:59, Eric Lombrozo <elombrozo at gmail.com> wrote:


I don’t think the issue is between larger blocks on the one hand and things
like lightning on the other - these two ideas are quite orthogonal.
Larger blocks aren’t really about addressing basic scalability concerns -
for that we’ll clearly need architectural and algorithmic improvements…and
will likely need to move to a model where it isn’t necessary for everyone to
validate everyone else’s latte purchases. Larger blocks might, at best, keep
the current system chugging along temporarily - although I’m not sure that’s
necessarily such a great thing…we need to create a fee market sooner or
later, and until we do this, block size issues will continue to crop up
again and again and economic incentives will continue to be misplaced. It
would be nice to have more time to really develop a good infrastructure for
this…but without real market pressures, I’m not sure it will happen at all.
Necessity is the mother of invention, after all. The question is how to
introduce a fee market smoothly and with the overwhelming consensus of the
community - and that's where it starts to get tricky.
——
On a separate note, as several others have pointed out in this thread (but I
wanted to add my voice to this as well), maintenance of source code
repositories is NOT the real issue here. The bitcoin/bitcoin project on
github is a reference implementation of the Satoshi protocol…but it is NOT
the only implementation…and it wasn’t really meant to be. Anyone is free to
fork it, extend it, improve upon it, or create an entirely new network with
its own genesis block…a separate cryptoledger.
The real issue regarding XT is NOT the forking of source code nor issues
surrounding commit access to repositories. The real issue is the *forking of
a cryptoledger*.
Open source repositories are meant to be forked - in fact, it is often
encouraged. It is also encouraged that improvements be submitted for review
and possibly merged back into the parent repository…although this doesn’t
always happen.
However, we currently have no mechanisms in place to support merging of
forked cryptoledgers. Software, and most other forms of digital content,
generally increases in value with more copies made. However, money is
scarce…by design. The entire value of the assets of a decentralized
cryptoledger rests on the assumption that nobody can just unilaterally fork
it and change the rules. Yes, convincing other people to do things a certain
way is HARD…yes, it can be frustratingly slow…I’ve tried to push for many
changes to the Bitcoin network…and have only succeeded a very small number
of times. And yes, it’s often been quite frustrating. But trying to
unilaterally impose a change of consensus rules for an existing cryptoledger
sets a horrendous precedent…this isn’t just about things like block size
limits, which is a relatively petty issue by comparison.
It would be very nice to have a similar workflow with consensus rule
evolution as we do with most other open source projects. You create a fork,
demonstrate that your ideas are sound by implementing them and giving others
something that works so they can review them, and then merge your
contributions back in. However, the way Bitcoin is currently designed, this
is unfortunately impossible to do this with consensus rules. Once a fork,
always a fork - a.k.a. altcoins. Say what you will about how most altcoins
are crap - at least most of them have the decency of starting with a clean
ledger.

Networks are growing in size and complexity and this trend has created a rapid increase for networking engineers to provide practical and efficient solutions. ... 3-12 Subnetting ... or to block access to certain sites. Teams. Q&A for Work. Stack Overflow for Teams is a private, secure spot for you and your coworkers to find and share information. 2020.08.31 13:54 LostInTranslation92 Uptodown 32 bits tor browser. So my cpu freq is stuck at just under 400 MHz and I can't seem to figure why. I searched around and read the arc Fabrics & yarn in all shapes and sizes. Welcome to the STOFF & STIL webshop. Here you can find all you need for your creative DIY projects from fabrics, sewing patterns and yarn to sewing accessories and hobby items. IPv4 addressing and subnetting Operating Cisco routers Configuring OSPF ACLs and NAT IPv6 fundamentals Wendell Odom, CCIE® No. 1624, is the most respected auth of Cisco netwking books in the wld. His past titles include books on the entry-level Cisco certifications (CCENT and CCNA), the me advanced CCNP, and the industry-renowned CCIE.

This video lecture is produced by S. Saurabh. He is B.Tech from IIT and MS from USA. Slides are from Computer Networks: A Top-Down Approach Behrouz A. Forouzan Firouz Mosharraf It is one of the ... Top Bitcoin Core Dev Greg Maxwell DevCore: Must watch talk on mining, block size, and more - Duration: 55:04. The Bitcoin Foundation 19,937 views In this video I assume that you have already learned subnetting so I leave out a bunch of information about the "why" behind a subnet and just teach you the method. Satoshi Nakamoto's reasons for sneaking a maximum block size into the bitcoin source code are not well known by many cryptocurrency enthusiasts. In this video, we dig into a bit of blockchain history. Whether the block size should be increased to 20MB has created more controversy than any other question in Bitcoin's recent history. For some, it is an urgent and necessary step in Bitcoin's ...