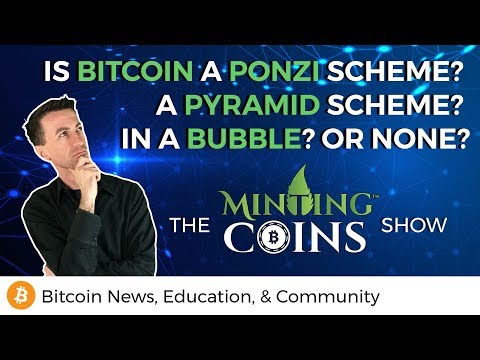 http://shitco.in/2015/07/25/the-wuestenrote-wusitanluo-ltc-ponzi-was-crushed/
Images in post:
With yesterday’s LTC pump, many traders have been talking about the possibility of another moonshot. In our experience, group think generally should be approached with caution, and traders should sort out the facts on their own before making any moves. With the possibility of making or losing a significant amount of money in the game of ltc hot potato, we decided to dig a bit deeper into the “Chinese Ponzi” that we outlined in this post.
Unfortunately, for traders, it looks like the fun might be over for the time being. It appears as if the suspected ponzi actually was a ponzi, and the people who were running it incurred massive losses and are now on the run. With over 400,000 ltc still in this address, we wonder what their next move will be. Without the upwards pressure of the ponzi on LTC, will the market collapse, or will other pumpers come in to take advantage of the hype around the block halving.
The first piece of information to focus on, this post from the group themselves which was made on July 22nd. We understand that it is a bit hard to read, but that’s Google Translate’s fault. You can easily get the idea of what is going/went on, and it isn’t good.
Source: 8btc
Secondary Source: BTCMan
Further on in the thread, information about the supposed leaders is posted, along with their pictures.
Screen Shot 2015-07-25 at 4.31.23 PMScreen Shot 2015-07-25 at 4.32.10 PMThe Chinese BTC media had been covering the story since earlier in July, more information below:
OKCoin has been aware of the situation since at least July 11th, but has only made a full statement (that we could find) to their Chinese customers. I.e.: Something that said more than “don’t put yourself in traps”.
They also mention that this is just the latest of their investment projects, and the beginning of domestic projects. What does this mean? We suspect that they may have lost a substantial amount of funds due to their failed pump, and aren’t too convinced that there will be subsequent pumps yet. If anything, we would expect the market to deflate a bit while the ponzi tries to get things back in line, but do they have the buying power to pull themselves out from underwater.
These ponzi masters have gone so far as to imitate a German company, register the .com version of their domain name and put up a fake website in order to cover their tracks.
The companies correct website is: https://www.wuestenrot.de/
The fraud site was: https://www.wuestenrote.com/
Again, from 8btc:
A Baidu thread with the ponzi “founders”, shows they have a very creative way of looking at what they are doing.
Screen Shot 2015-07-25 at 5.59.13 PM Screen Shot 2015-07-25 at 5.58.36 PM Screen Shot 2015-07-25 at 5.57.59 PMWe then turned to bitcointalk for information, and found plenty. Here is the most interesting and informative thread:
http://translate.google.com/translate?hl=en&sl=zh-CN&u=https://bitcointalk.org/index.php%3Ftopic%3D1126935.0&prev=search
You can view a video of the schemers promoting here – http://v.qq.com/covel/l9njr6tdhnl6nl2.html?vid=a0159sgq8mp
And for those of you wishing to see the ponzi schemer’s presentation (source):
123456789101112131415161718192021222325So what do we expect from here? Probably a ltc dump as this news propagates through the west, and traders realize that might be bag hodling for a while. If the ponzi group or another pump team step back into the market place though, we could be in for a wild ride.
The bottom line is that the ponzi pump team didn’t execute their pump as expected, and it appears as if they are now on the run after incurring massive losses. Whether this is true, or FUD to get the ltc price back to a level where they can buy back in and pump is to be seen. With the upcoming block halving, and OKC double witching in September, we have some dates on our calendar to watch.

A quick warning relating to Ponzi and Pyramid (MLM) schemes in the Cryptosphere Support the channel with a Bitcoin donation - 1BcYJCVfU9imPKTrqhdVpmUfweAo9fT3U9 Buy ... Bitcoin Ponzi and pyramid schemes do exist and if you fall prey to them you will suffer the consequences. In addition, bitcoins are a very new type of money. ... US Military News Recommended for ... In this video, let's review Ponzi Scheme, Pyramid Schemes, and Bubbles, to review what we need to know, and Let's Discuss! Market Overview: 4:20 The Bitcoin Market: 6:45 Dans cette vidéo, je vous décrit ce que c'est une pyramide de Ponzi et pourquoi le Bitcoin n'est pas une pyramide de Ponzi. #pyramidedeponzi #bitcoin #cryptos #cryptomonnaie #dici This is the final warning regarding the impending collapse, implosion, doom, vaporization of your capital, theft and misery of Bitconnect. It appears that many out there have never before seen the ...