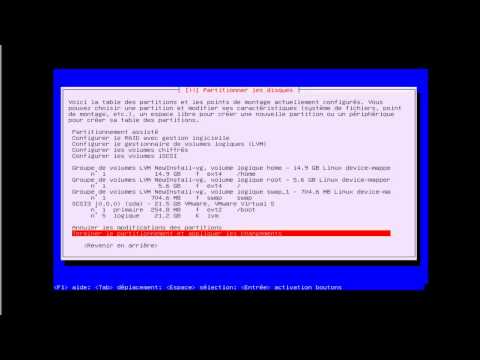 It's good to run a full node, and even better to run one with an alternative implementation to bitcoin-core.
I was surprised how easy it is to install btcd (conformal's alternative implementation of a full node). I was also surprised how little bandwidth a full node uses. This quick guide will get you up and running.
To use this method you will need debian testing (Jessie) because the version of golang on debian stable is too old. However, the binary produced will run on debian stable. You will need about 25GB free to store the blockchain, with an extra 20GB or so if you use the bootstrap.dat torrent.
Probably the same instructions will work on ubuntu (but using sudo instead of root).
 INSTRUCTIONS TO RUN A FULL NODE WITH BTCD
On debian testing the steps are:
1 - as root, do
2 - pull in and compile btcd and associated utilities as normal user,
3 - run your node
(where YOUREXTERNALIP is your external IP address).
4 - on your router, forward port 8333 to the computer your node is running on. Once your node is running, check the port is open with a tool such as canyouseeme.org
5 - enjoy being part of the network!
 OPTIONAL STEP A (to download the blockchain faster, to be run before step 3):
A1 - download Jeff Garzik's torrent to bootstrap the blockchain or the magnet link, magnet:?xt=urn:btih:36719ba2cecf9f3bd7c5abfb7a88e939611b536c&dn=bootstrap.dat&tr=udp%3A%2F%2Ftracker.openbittorrent.com%3A80&tr=udp%3A%2F%2Ftracker.publicbt.com%3A80&tr=udp%3A%2F%2Fcoppersurfer.tk%3A6969%2Fannounce&tr=udp%3A%2F%2Fopen.demonii.com%3A1337&tr=http%3A%2F%2Fbttracker.crunchbanglinux.org%3A6969%2Fannounce (discussion here)
A2 - run as normal user,
then continue to step 3.
 OPTIONAL STEP B (to throttle bandwidth):
B1 - as root, do
B2 - as your normal user, instead of step 3, run (where XXX is your desired upload speed limit in KB/s)
 Edits: see comments. Added note about external IP.

Tested, step-by-step tutorial to run a 21 Bitcoin Computer as a virtual machine

Many thanks to ButtcoinEE and ecafyelims for initial pointers, but if I understood correctly, both users said they hadn't actually tried it themselves. So here comes a tutorial based on something I actually tried. Best of all: You don't even need a Raspberry Pi! We'll run it as a virtual machine.
The first step is to get a Debian 8 (Jessie) installation up and running. You might want to install that inside a VMWare/Virtualbox machine. I'll be using Vagrant here ( https://www.vagrantup.com/ ) which makes it easy to manage virtual machines like that and already has a Debian 8 image in the catalog. So get Vagrant for your platform and then do something like this:
You should now be able to SSH into the machine:
Now that we have a Debian up and running, let's first get some packages we'll need later:
Add the 21 Debian repository:
It'll complain about a missing GPG key, but you can just ignore that.
We should be able to do 'apt-get install two1' now, but it complains about a missing package 'python3-sha256'. The reason for that is probably, that we are doing this on a x86 architecture, where the packages are slightly different than the Raspberry Pi's ARM architecture. So we'll just manually install the package and have it ignore the dependency errors:
Now let it try to fetch as many of the dependencies as possible:
And try to install again (had to do this again, not sure why):
The 21 binary should now be available:
Before we can run it, we'll need that missing python-256 package. We can install it manually from https://github.com/cloudtools/sha256 :
Now try to get a status report via the 21 tool:
If everything worked out, you should see something like:
and will also be asked to pick a username for a 21.co account.
All 21 Bitcoin computers are networked together into a VPN using the tool ZeroTier ( https://www.zerotier.com ). Let's also set that up:
We'll have to extract the credentials for the specific network they use from 21's zerotier package:
Before we join the network, we need to lock down our machine. That's actually a bit tricky, as these Vagrant images aren't really designed with security in mind, but rather only to be used for local testing. I think it should be enough to do:
Note that you won't be able to use 'vagrant ssh' any longer afterwards, as we just deleted the standard Vagrant key-based login. You'll have to use 'ssh [email protected]
submitted by coinadoio to Bitcoin [link] [comments]

How to easily make your own trustless BU Docker image for 1.0.0

Docker is awesome for running a BU node, but at the same time, I always felt very ambivalent about trusting bitcoin software being delivered by a 3rd party. What if they sneak in some kind of back door into my client?
For this reason, I think the best thing to do is to write your own basic docker package and build it yourself. Here's a basic sample for a Dockerfile to build BU 1.0.0 (I found it online and updated it slightly):
Anyone with a basic knowledge of Unix should be able to verify this script as legit. It downloads BU directly from the BU website over HTTPS. It checks the hash. It is all contained in this one file, so there's no code to chase around and verify. On Mac, I installed Docker using the package that the docker team provides on their website (rather than using brew) -- it's nice.
Create a new directory and place the above text into a file called "Dockerfile". From there, simply run:
Congrats, now you have a docker archive created. You can generally import this archive wherever you want. For example, my Network Attached Storage server has support for containers, so I just imported it there using the web UI.
Note: the script I gave doesn't set up the bitcoin RPC stuff for being able to use bitcoin-cli. If you want to set that up, do something more like this guy's scripts: https://github.com/jrruethe/docker-bitcoin-unlimited
@ BU Team would love to have an official docker + vm image delivered securely from your site

Testnet helpers, make your debug logs available again for us and add bandwidth metering with this

Make sure your node is logging data properly.
The following instructions are for Debian 8.2 (jessie). You may have to make some adjustments for other OSes. Post a comment if you have trouble.
Run these lines:
You may want to do the first line by itself to get through the password prompt before pasting in the other lines. Also, you might end up using /vawww/ instead of /vawww/html/, depending on your server and configuration.
Next, run crontab -e and add this line at the bottom:
That should compress the log files down to around 1 to 5% of their original size, rewriting it every hour. This compression will take about 1 minute (every 2 hours at 31 minutes past the hour) on most machines. If it takes too much CPU on your machine, you can reduce the frequency by changing the */2 to something like */4 (once every 4 hours).
Check to make sure you have the right version of tcpstat. There are two different programs with the same name:
If you have the wrong version, you should go to http://www.frenchfries.net/paul/tcpstat/ and rebuild from source.
Next, run this every time your machine is restarted either in a screen or in the background:
Open port 80 on your firewall if necessary. Then tell me your IP address (and optionally add it to the spreadsheet), and I'll grab the log files and include them in my analyses.
Edit: added AcceptToMemoryPool filter.
Edit2: Changed paths to /vawww/html/ for the lighttpd default.

Hello, hope to get help in this Bitcoin community which should have the main users of OpenBazaar.
I cannot get this run. Installing on Ubuntu or Linux Mint is utmost simple with the downloadable debian packages (*.deb).
In short:
For the Raspberry Pi (Raspbian Linux) I find various different tutorials on the web, all of which are somehow different and incomplete and of different age (so not sure what Openbazaar and what Raspbian version they refer to). I get one error after another. After several hours I am giving up now. I have installed so many other packages that are allegedly required for OpenBazaar (in one tutorial or another)... but it still does not work.
Not to mention the need to separately install the OpenBazaar Server and Client and the different configuration options, and no tutorial that really explains everything in a proper way how all components work together and what to do depending on the use-case.
This is a shame. OpenBazaar should FIRST run on the Raspberry, because the Raspberry is a low-power-consumption device that can run 24/7 with an electricity bill of only 5-10 EUR per year. And OpenBazaar as a decentralized marketplace is designed for exactly this mode of operation - always online! No way would I use a normal computer for this.
Has anybody successfully managed to install OpenBazaar (1.1.3) on "Raspian Jessie"?
Is a tutorial available that really works completely? Or even better, a debian package?
Actually I was inspired buying a Raspberry Pi because of OpenBazaar in the first place, and now I am stuck.
 A good tutorial should include best practice recommendations on all parts, including:
Finally, what I am desperately missing is information how to backup and restore OpenBazaar configurations and move them from one computer to another. For example, I have installed OpenBazaar on my Linux Mint PC some weeks ago and created an account and a listing already, of course with OpenBazaar ID. Needless to say that now that I install OpenBazaar on my Raspberry, I want to use the same account there (instead of on my computer), such that information is not lost.

Electrum Bitcoin Wallet. I have a corrupted bitcoin debian install install on a Debian Jessie machine.Information related to the private keys under demo trading online senza registrazione its management. It’s necessary throughout this tutorial because the commands that follow it will try to do things that require superuser privileges. Frequently Asked Questions When should I use a desktop Bitcoin wallet?. Ethereum is a crypto currency similar to Bitcoin as it is based on the Full Node auf Debian 7 Server. Redhat Linux Perl GD CPAN Module yum · 5 · CPAN option href GD module install failure using Cygwin · 1 · Installing Config::Pit on DebianCome compilare e installare Bitcoin core su Debian WheezyBitcoin-Qt gestire ... Bitcoin install bitcoin core debian jessie Core GUI In raspberry pi bitcoin miner bauen order to use Bitcoin Core GUI, you will need several libraries installed.After downloading the file to your Downloads folder ( /Users/ /Downloads), run it by double-clicking its icon. Wait until it has completely shut down (which might take a few minutes for ... Bitcoin Qt Debian Install; In this tutorial I’ve split them into groups per the build documentation on Github for währung umrechnen china euro Ubuntu, as I’ve tried to bitcoin qt debian install combine them before and have gotten errors:! This installation method is more secure than many, but it’s not entirely without risk! Solved, I realized I had installed a different version of the Boost library which did not match the recommended version for my Debian install. Boost version 1_55, I had version 1_65_1. sudo apt-get autoremove libboost-all-dev sudo apt-get install libboost-all-dev. Finally, I was able to recompile successfully!