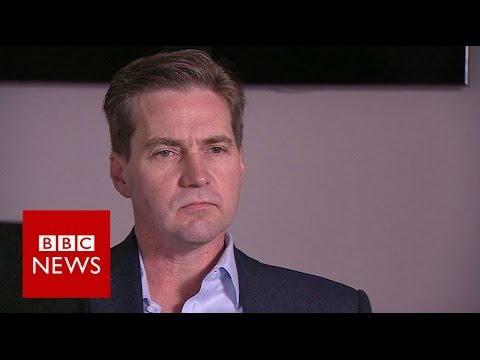 Blockchain in Healthcare: Bridging Trust in response to COVID-19

Who Is Satoshi Nakamoto?

Bitcoin and cryptocurrencies are the new trend market today almost everywhere people are talking about Bitcoins, particularly with examples that someone has made millions in only a couple of years by smartly investing in bitcoins. It is decentralized, which means it isn't controlled nor backed up by any administration, nation, or an individual element. Unlike traditional currencies, such as dollars and euros, bitcoins are issued and managed without any regulation from any central government. Thus, it is more resistant to inflation and corruption. A Bitcoin derives its value basically from the demand and usage of bitcoins, similar to a stock. With this kind of innovation, everyone is thinking about how Bitcoin started and who created this kind of technology? The name "bitcoin.org" was registered on 18 August 2008. While on the 31st of October 2008, a link to a paper authored by Satoshi Nakamoto titled Bitcoin: A Peer-to-Peer Electronic Cash System was posted to a cryptography mailing list. Nakamoto implemented the bitcoin software as an open-source code and released it in January 2009. Then on the 3rd of January 2009, the bitcoin network was created when Nakamoto mined the first block of the chain, known as the genesis block. Embedded in the coinbase of this block was the text "The Times 03/Jan/2009 Chancellor on brink of second bailout for banks". This note references a headline published by The Times and has been interpreted as both timestamp and comment on the instability caused by fractional-reserve banking.
With all these groundbreaking accomplishments of bitcoin, Nakamoto's identity remains unknown. Several speculations and theories were made, but all of these speculations don't have concrete evidence to prove their speculations are true. One of the first and most easily dismissed claims was that of Dorian Satoshi Nakamoto. The 68-year-old Japanese-American living in California, was identified in a 2014 Newsweek article as the elusive Bitcoin creator. Despite his work as a systems engineer on classified US defense projects as well as his background in digital finance, the homonymous nature was sheer coincidence. While one of the most intriguing speculations is the announcement made by Craig Wright that he is Satoshi Nakamoto. As said to this article, Craig Wright is an Australian academic who was brought into the spotlight of Satoshi when Wired Magazine published an article in 2015 claiming Wright “either invented Bitcoin, or is a brilliant hoaxer”. Shortly after the Wired article was released, Gizmodo released their article stating they were contacted by a supposed hacker that had gained access to Wright’s emails and claimed that Satoshi Nakamoto was a pseudonym for Wright and his accomplice, the deceased cybersecurity expert David Kleinmen. However, when asked to provide evidence a list of addresses associated with the Tulip Trust, said to hold almost 1 million BTC the documents were highly redacted and shed little light on the true nature of Wrights involvement in the birth of Bitcoin. Still the story is not yet and finish and there is still no enough evidence in this proclamation of Craig Wright. The man behind the empire of bitcoin is still unknown, but it'll just be a matter of time till someone claims that he, she or they, are the people behind Bitcoin.

An extensive list of blockchain courses, resources and articles to help you get a job working with blockchain.

u/Maximus_no and me spent some time at work collecting and analyzing learning material for blockchain development. The list contains resources for developers, as well as business analysts/consultants looking to learn more about blockchain use-cases and solutions.

IIB Council
Link to course: IIB council : Certified Blockchain Professional
C|BP is an In-Depth, Industry Agnostic, Hands-On Training and Certification Course specifically tailored for Industry Professionals and Developers interested in implementing emerging technologies in the Data-Driven Markets and Digitized Economies.
The IIB Council Certified Blockchain Professional (C|BP) Course was developed to help respective aspiring professionals gain excessive knowledge in Blockchain technology and its implication on businesses.
WHO IS IT FOR:

If you are a Developer and you are willing to learn blockchain technology this course is for you. You will learn to build and model Blockchain solutions and Blockchain-based applications for enterprises and businesses in multiple Blockchain Technologies.


A person who holds this certification demonstrates their knowledge of:

· What is Blockchain? (What exactly is it?)
· Non-Technical Technology Overview (How does it work?)
· Benefits of Blockchain (Why should anyone consider this?)
· Use Cases (Where and for what apps is it appropriate?)
· Adoption (Who is using it and for what?)
· Future of Blockchain (What is the future?)

A person who holds this certification demonstrates their ability to:


This exam will prove that a student completely understands:

A person who holds this certification demonstrates their ability to:


This exam will prove that a student completely understands how to:

Basic course with focus on Bitcoin. After this course, you’ll know everything you need to be able to separate fact from fiction when reading claims about Bitcoin and other cryptocurrencies. You’ll have the conceptual foundations you need to engineer secure software that interacts with the Bitcoin network. And you’ll be able to integrate ideas from Bitcoin in your own projects.

· A mid / basic understanding of what blockchain is and how it works, as well as insights into how it will affect the future of industry and of your organization.
· The ability to make better strategic business decisions by utilizing the Oxford Blockchain Strategic framework, the Oxford Blockchain Regulation framework, the Oxford Blockchain Ecosystem map, and drawing on your knowledge of blockchain and affiliated industries and technologies.
· A certificate of attendance from Oxford Saïd as validation of your newfound blockchain knowledge and skills, as well as access to a global network of like-minded business leaders and innovators.
Module 1: Understanding blockchain
Module 2: The blockchain ecosystem
Module 3: Innovations in value transfer
Module 4: Decentralized apps and smart contracts
Module 5: Transforming enterprise business models
Module 6: Blockchain frontiers

Introduction to Distributed Ledger Technologies (DLT) https://www.ibm.com/developerworks/cloud/library/cl-blockchain-basics-intro-bluemix-trs/
Tomas’s Personal Favourite: 150+ Resources for going from web-dev to blockchain engineer https://github.com/benstew/blockchain-for-software-engineers
Hyperledger Frameworks Hyperledger is widely regarded as the most mature open-source framework for building private & permissioned blockchains.
Tutorials: https://www.hyperledger.org/resources/training
R3 Corda Open-source developer frameworks for building private, permissioned blockchains. A little better than Hyperledger on features like privacy and secure channels. Used mostly in financial applications.
Ethereum, Solidity, dApps and Smart-Contracts
Ethereum & Solidity Course (favourite): https://www.udemy.com/ethereum-and-solidity-the-complete-developers-guide/
An Introduction to Ethereum’s Token Standards: https://medium.com/coinmonks/anatomy-of-an-erc-an-exhaustive-survey-8bc1a323b541
How To Create Your First ERC20 Token: https://medium.com/bitfwd/how-to-do-an-ico-on-ethereum-in-less-than-20-minutes-a0062219374
Ethereum Developer Tools [Comprehensive List]: https://github.com/ConsenSys/ethereum-developer-tools-list/blob/masteREADME.md
CryptoZombies – Learn to code dApps through game-development: https://cryptozombies.io/
Intro to Ethereum Development: https://hackernoon.com/ethereum-development-walkthrough-part-1-smart-contracts-b3979e6e573e
Notes from Consensys Academy Participant (free): https://github.com/ScottWorks/ConsenSys-Academy-Notes
AWS Ethereum Templates: https://aws.amazon.com/blogs/aws/get-started-with-blockchain-using-the-new-aws-blockchain-templates/
Create dApps with better user-experience: https://blog.hellobloom.io/how-to-make-a-user-friendly-ethereum-dapp-5a7e5ea6df22
Solidity YouTube Course: https://www.youtube.com/channel/UCaWes1eWQ9TbzA695gl_PtA
[UX &UI] Designing a decentralized profile dApp: https://uxdesign.cc/designing-a-decentralized-profile-dapp-ab12ead4ab56
Scaling Solutions on Ethereum: https://media.consensys.net/the-state-of-scaling-ethereum-b4d095dbafae
Different Platforms for dApps and Smart-Contracts
While Ethereum is the most mature dApp framework with both the best developer tools, resources and community, there are other public blockchain platforms. Third generation blockchains are trying to solve Ethereum’s scaling and performance issues. Here is an overview of dApp platforms that can be worth looking into:
NEO - https://neo.org/ The second most mature dApp platform. NEO has better scalability and performance than Ethereum and has 1’000 TPS to ETH’s 15 by utilizing a dBFT consensus algorithm. While better infrastructure, NEO does not have the maturity of Ethereum’s developer tools, documentation and community.
A writeup on why a company chose to develop on NEO and not Ethereum: https://medium.com/orbismesh/why-we-chose-neo-over-ethereum-37fc9208ffa0
Cardano - https://www.cardano.org/en/home/ While still in alpha with a long and ambitious roadmap ahead of it, Cardano is one of the most anticipated dApp platforms out there. IOHK, the research and engineering company that maintains Cardano, has listed a lot of great resources and scientific papers that is worth looking into.
An Intro to Cardano: https://hackernoon.com/cardano-ethereum-and-neo-killer-or-overhyped-and-overpriced-8fcd5f8abcdf
IOHK Scientific Papers - https://iohk.io/research/papers/
Stellar - https://www.stellar.org/ If moving value fast from one party to another by using smart-contracts is the goal, Stellar Lumens is your platform. Initially as an open-source fork from Ripple, Stellar has become one of the mature frameworks for financial applications. Stellar’s focus lies in interoperability with legacy financial systems and cheap/fast value transfer. It’s smart-contract capability is rather limited in comparison to Ethereum and HyperLedger, so take that in consideration.
Ripple – www.ripple.com Ripple and its close cousin, Stellar, is two of the most well-known cryptocurrencies and DLT frameworks meant for the financial sector. Ripple enables instant settlement between banks for international transactions.

My growing collection of info about NEO


"There is no direct cooperation between Alibaba and NEO/Onchain, other than their mailbox service is using Law Chain to provide attested email service. In terms of Microsoft, yes we have cooperation with Microsoft China because NEO is built with C# and .NET Core, and NeoContract is the first in the world to support writing smart contract with C#"


"We have pretty good communication with government, with regulators. They don't have any negative impression with NEO and they like our technology and the way we deal with things. Regulation is not an issue for us"


“Before they started cleaning up the market, I was asked for information and suggestions” “I do not expect the government to call me in the short-term and say, ‘Let’s use NEO as the blockchain technology infrastructure of China.’ But in the medium term? Why not? I think it’s possible.”

The creator of the digital currency bitcoin, known only by the pseudonym Satoshi Nakamoto, is probably an Australian entrepreneur, according to two new investigations. Twenty-three leading central banks participated in an in-depth survey on their digital currency developments and requirements, including fungibility, convertibility, and availability. They also ... The following 10 characters have all been flagged as Bitcoin’s elusive creator on account of similarities with the digital man of mystery. Whether one of these characters is Satoshi himself is a ... The G20 is setting rules to regulate stablecoins such as Facebook's Libra cryptocurrency. Responding to a call by the G20, the Financial Stability Board (FSB) has provided 10 "high-level ... New on-chain analysis from Whale Alert says Bitcoin’s anonymous creator Satoshi Nakamoto mined an estimated 1,125,150 BTC, now worth an estimated $10.9 billion.In a Medium post, researchers ...

Australian entrepreneur Craig Wright has publicly identified himself as Bitcoin creator Satoshi Nakamoto. His admission ends years of speculation about who came up with the original ideas ... Australian entrepreneur Craig White has publicly identified himself as Bitcoin creator Satoshi Nakamoto. Subscribe to BBC News HERE http://bit.ly/1rbfUog Che... Bitcoin Association Founding President Jimmy Nguyen speaks about why Bitcoin SV is building a regulation-friendly ecosystem. While other cryptocurrency camps resist government, BSV supporters ... Cryptocurrency regulation has a huge impact on crypto. In this video, Mattie takes a look at the most recent updates from India, South Korea, China, and Russia. ----- Connect with us on Social ... Bitcoin creator Dr. Craig Wright is overwhelmed by the welcome from the Council of Bogota, who presented the nChain chief scientist with an official proclamation recognizing him as the true ...